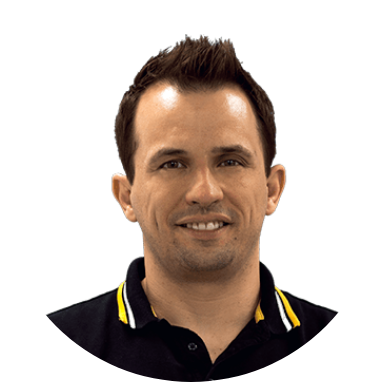 Find out why Krav Maga Instructors often get ‘bad press’ about the striking ability of their students and what to do about it!

It was 5 years ago, I’d been teaching Krav Maga for 10 years and I was leading a grading event alongside some experienced instructors. The grading finished, and the very sweaty and tired participants gathered around in groups with their nominated grading examiner to hear their feedback, eager to learn if they had passed, and any positive words for improvement.

I was moving between different groups, listening to different parts of the feedback. When I got to the group who were taking their first level grading, I heard a comment from one of the examiners. This comment made me question everything about the Krav Maga system.

“So, I have one major piece of feedback for most of the group, which is that your striking needs quite a lot of improvement, so I recommend you go and take some boxing classes!”

I couldn’t believe my ears… Here I was at packed out training hall full of dedicated people who were taking a grading in Krav Maga, and they were being told that in order to improve their Krav Maga, they had to go and train in another style!

Now, don’t get me wrong… I am all for cross-training in relevant styles, at the right time of the training journey. But Krav Maga is primarily a striking system, and here was a whole group of beginners being told to go and train in another striking system. However, I cannot help but sometimes agree that some of the videos I see of Krav Maga Practitioners on social media practicing striking is often very poor.  So maybe his feedback was correct, but his advice was wrong. ..

He should have spoken to their instructor, as knowledge flows down, not up... and suggested that the instructor review their method of teaching striking, and connecting it to Krav Maga self defence techniques.

Have you ever wondered why some Krav Maga students look very effective when they are striking the pads or shadow boxing, but they when you they practice self-defence techniques, you see their counter-striking is very poor?

No instructor goes out to teach striking badly. So I believe this happens for one of the following 3 reasons

This course will help you with all 3 of those issues.

If you want to learn a simplistic method of systematic striking that you can integrate in your Krav Maga school, that will save you time,  help improve your teaching and the striking of your students… simply enrol on this course.